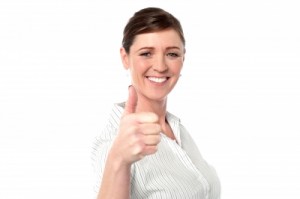 My first mentors in my career were advisors. They were people I turned to with questions. We would meet on a frequent basis. In these meetings they would share ideas with me, tell me certain areas where I could improve, and generally provide guidance.

I generally liked my mentors and enjoyed meeting with them. But as I look back at the many mentors I’ve had in my career, I found that the best ones stood out for more than just their advice. Don’t get me wrong. They gave me plenty of advice. And I valued that advice. It just wasn’t the most valuable thing they provided.

They offered three things to supplement their advice and make it more valuable.

Every once in a while, I did something right. Or I would come up with a great idea or do a good job on something. Some of my mentors were also my boss. But sometimes they were just someone I turned to for advice. Whatever role they played, they knew I valued their opinion.

So when they felt I did something worth praising, they let me know. It’s always nice to be complimented, but it means even more when it comes from someone whose opinion you value.

Often, the encouragement wasn’t based on something I had done, but something I was considering. Early in my career, I was considering obtaining an MBA. There was a fair amount of doubt in my mind whether I could (a) get accepted to one of my choice colleges, and (b) get the degree if I was accepted.

I spoke about it to my boss, who was one of my mentors at the time. He encouraged me to apply to my choice colleges. “If you don’t try, you’ve already failed.” He wrote recommendation letters for me to each college. He also paid for me to enroll in a GMAT preparation class.

A few short months later I was accepted to all three of the schools I applied to and was able to select my top choice. Three years later, although no longer my boss, he was there at my graduation party. I may not have ever applied if not for his encouragement.

My wife is a school teacher. She has no experience – or interest for that matter – in the business world. But I consider her a mentor nonetheless. When I have a decision to make, I can explain the details and questions in my mind.

Not being involved in the business world, she brings a different point of view. She will throw out ideas or even an occasional, “Have you thought of this?” type of question that makes me think from a different perspective. Every once in a while – okay, quite frequently – she asks a question that has nothing to do with the decision. But it forces me to think from many different perspectives that I might not normally consider.

There are times when she doesn’t ask any questions at all. She sits there and lets me explain the situation. I provide all of the things I’ve considered and the reasons for the options I’ve eliminated.

When I’m all done we both kind of smile and move on. She may or may not have provided input that helped me come to a conclusion. She probably would never try to advise me and tell me what to do. But she is a great listener, which provides a great sounding board. And that helps more than she probably realizes.

My daughter used to come to me with problems. She would hand me a toy and say something like “This doesn’t work.” Or she would bring a homework assignment to me saying “I don’t get this.”

It wasn’t easy at first. She just wanted an answer. But I’ve worked with her to solve problems for herself. As a result, she’s a lot more independent.

When a mentee goes to his mentor for advice, the mentor may want to tell him exactly what to do. She may have had the same experience or have an opinion of what the mentee should do.

But instead of providing an answer to every question, sometimes it is best to let the mentor struggle through a problem to solve it for himself. It’s more difficult in the short run. But will give the mentee skills for the rest of his life.

When I graduated from college, I interviewed with several firms. I was fortunate to have offers from three companies that were diverse in industry, salary offer, and geographical location. It was a very difficult decision for me. I met with my father and explained each offer in detail.

When I was finished, he looked at me and said, “It looks like you have a tough decision to make.” I was hoping for an answer. Or maybe even, this is what I would do if I were in this situation. It would have been in his interest to tell me to take the offer that was close to where he and my mom lived.

But he did me the favor of not helping me. I’ve never regretted the decision I made. But I might have if he had even nudged me in one of the other directions.

Which of these reasons to mentor are you implementing?

One thought on “Three Other Reasons to Mentor”