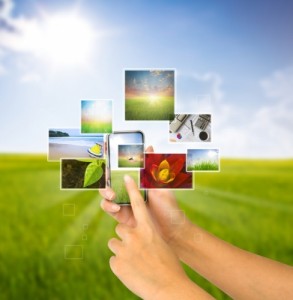 The Millennial Impact on Technology

The 1990s was a great decade. It brought us Seinfeld, The Macarena, Michael Jordan, and the impending doom of Y2K hanging over our heads. It also brought the internet and mobile phones (once called car phones) into common, everyday use.

People born in and around that decade grew up not knowing what life was like without the ability to email a friend. They grew up always being able to make a phone call from wherever they were.

We had grown up with the written word generally coming from paper. We had books, newspapers, and magazines. Now we had to learn how to look things up and read them on a computer screen.

We grew up using a phone that was usually connected to the kitchen wall or sitting on a desk. We had just made the transition from the manual dial to touchtone (do you still call it dialing the phone?).

Suddenly we could call from anywhere. First, only connected to a car for power and an antennae, then anywhere. Well, anywhere that had service. And that service was expensive. As expensive as a…long distance phone call.

Then, things happened quickly. There were more websites with more functionality. The internet became faster. More service providers emerged. Car phones became cell phones, which became smart phones. The internet became web 2.0. We could interact on the web and provide our own content.

While all this was happening. The millennial generation was growing up. Since these technologies were always there for them, they developed an almost intuitive comfort level with them. As each technology advanced, the millennials adapted with it. The baby boomer generation approached each change with a form of skepticism. What was wrong with the old way? What was wrong with email? I don’t want everybody knowing everything about me!

What the millennial impact on technology means

The natural extension from the smart phone was the tablet. As mobile phone screens got larger and laptops got smaller and lighter, the tablet seems inevitable in retrospect. This allowed us to access technology and the information associated with it from virtually anywhere.

The millennial generation had little to no concern with privacy issues. They were happy to “check in” on Facebook, and show everybody where they were at with a quick picture posted on Twitter, Snapchat, or Pinterest.

The generation in which everybody got a trophy may not have been willing to share their toys, but they shared everything else to a worldwide audience.

Applications, developed and used by their generation, adapted with their generation. Websites became passé, or at least a second choice. Now, a millennial is more apt to look for a company’s mobile app to download on their device than they are to search for their website.

The mobile app allows the user to not only get the company’s address, she can “get directions” and be directed step-by-step to their front door. Once inside, the mobile app may show how to find a product, provide a discount coupon, and allow her to pay without ever pulling out a credit card or cash.

How we can learn from the millennial impact on technology

If you’re more comfortable reading the news on a stack of large sheets of paper dropped on your driveway, you are a dying breed. If you prefer to go online to get directions at Mapquest or Google Maps and print them out before you leave for a destination, your chariot awaits.

We are now in the Application Economy. The days of using technology on a transactional basis are quickly dissipating. We used to go to Amazon to make a purchase. Now, it is a relationship. We provide a review of the product. If we loved the product, we may even join a discussion forum to share our views with other fans.

Going to Starbucks used to mean getting a good, albeit overpriced, cup of coffee. Now, users can use their mobile app to find and redeem personalized offers, earn loyalty points, pay, and tip their barista.

Technology is no longer just a department within an organization that supports the business. Today, every company is in the technology business. Technology is integral with the marketing and strategy of the company.

Technology is no longer one of the channels to access the customer and sell product. It is the fundamental means of establishing a relationship with the consumer.

In our personal lives, technology has traditionally been an option to decide what to do, when to do it and how to do it. We are approaching a world where it is no longer an option. It is the predominant mode to do anything.

Mobile technology has become the new automobile. It is the predominant way we will interact with people and organizations.

At least until the next disruptive technology comes along.

How has the millennial generation changed the way you look at technology?

Image courtesy of jannoon028 at FreeDigitalPhotos.net