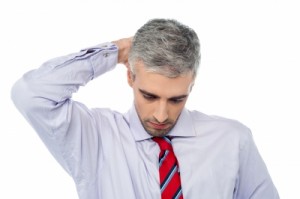 A while back while I was driving the family somewhere. We were trying to figure out how to get there. The power supply in our vehicle was not working which kept us from using the GPS.

The kids immediately pulled their phones out while my wife mentioned that there was an “atlas in here somewhere.” I heard my daughter respond, “Why would you even own an atlas?”

This is one of the big generational differences between them (the millennials) and us (the baby boomers). Millennials are hard wired to go digital. Virtually everything they do is digital unless they are forced to use paper and manual approaches by the antiquated school system or their parents.

I am a religious user of the almighty to-do list. I’ve been like that most of my life. I had a system that worked great for me. I wrote down all of my to-dos on a note pad. I would prioritize each item and then I’d get to work. I always had it at my desk and carried it with me to meetings. There was nothing like the sense of accomplishment of crossing an item off of the list.

My daughter came home from college and threw me something between a chuckle and a sneer. “Why are you doing your to-do list on paper?” she asked.

My immediate reaction was to say something like “Because that’s how to-do lists are done!!” But I held my tongue and asked, “How do you suggest I do it?”

She introduced me to an electronic to-do list. It was more than that though. It has the capability to keep track of lists, like books to I want to read and movies I want to see. It has a section for notes so I can enter work out routines or recipes.

I’ve been using this tool for several months now and have grown to like the digital form. I can set due dates, categorize, and prioritize. It even crosses items out when I check them off. Ahh.

Related post: What My Gen-Y Kids Taught Me about Curiosity

Getting rid of the printer

I know a few baby boomers who still subscribe to the daily newspaper.  The one that comes on paper, delivered to their front door. There is a comfort level to holding that newspaper as they read.

Many hold the same attitude toward a book, or just about anything they need to read. I once had a boss who would print an email, make a note of what he wanted me to do and place it on my desk.

I’ve always considered myself as open to technology. I read a lot of online content, but I still occasionally print something to make sure to proofread it effectively. I had an eye-opening experience once when I was talking to a group of Millennials. They were talking about printers and one of them mentioned that he gave his printer away because he “just never used it anymore.”

Wait, you don’t print anything? Since this generation grew up with computers and smart phones with online content, they never developed that comfort level with holding paper to read. They can hold their phone or tablet to read with the same comfort level.

There are even some digital aspects that just aren’t digital enough. My generation likes to communicate via email. Hey, we’re using technology, aren’t we? Yes, the millennial generation responds, but it’s sooo not immediate. You send the message and then you have to wait until the other person checks it. Why don’t you just text the other person? Or, tweet or send a Snapchat?

Even when the baby boomers think they’re being tech savvy, they do it using antiquated technologies. Not cool at all.

Similar to the comfort level of holding the book or newspaper in our own hands, baby boomers have an affinity for the face-to-face meeting. We may email or talk on the phone, but in many instances, these communiques are simply to make arrangements to meet in person.

You might overhear a baby boomer talking about how she has been trying for a week to find a time to get together with a business associate. The millennial may ask, “Why don’t you just skype with them?”

It makes perfect sense to the member of generation Y. You still get some “face-to-face”, even if it is virtual. You don’t have to plan the time to drive to and from the location. But it’s so much easier said than done.

I recently saw a post from a baby boomer on Facebook (not Twitter, mind you) about her attempt to Skype with her daughter, who had recently moved to another city. After failing in her attempt to connect, she gave up. The daughter commented on her post about how humorous it was to her.

In defense of baby boomers

If you took a morning ride on a commuter train in any metropolitan area today, you would find a lot of baby boomers using Nooks, Kindles, and iPads to read their morning paper, their books, and even work documents. You will also see many of them sending texts and Tweeting.

Baby boomers as a whole do not necessarily fight the advance of technology, they just have a comfort level with the technology they are used to. As technology advances at a more and more rapid rate, they are simply just slower to adopt.

When computers were first introduced, prognosticators predicted a “paperless society.” The reality for many years was just the opposite. Computers created more paper, more reports, and just more stuff to read.