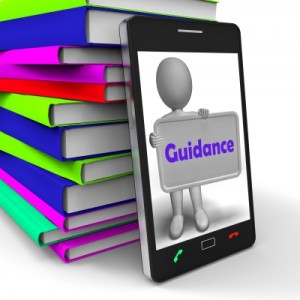 He didn’t ask for my help. He was just mad and needed to vent. I was just…available. “The client is an a*@hole,” he said. “He’s just unreasonable!”

But I knew the other side of the story. Yes, the client was being stubborn. He was refusing to cooperate. But what the guy venting to me didn’t realize was that he had been a jerk to the client. My colleague, Steve, had been placing demands on the client so Steve could meet his own deadlines.

The client had a task on Steve’s project, but had responsibilities on several other projects. He was only doing the work for Steve’s project as a favor. Suddenly Steve was yelling at him to get his stuff done. “You’re late. When are you going to get it done? This is unacceptable.”

The client didn’t report to Steve and didn’t appreciate Steve putting such demands on him. So he shut down.

In another case, a woman was assigned to a client she didn’t want to work at. It was too long of a commute for her. It wasn’t her ideal situation, so she copped an attitude. In one meeting she said – in so many words, “I don’t want to be here, you people are just stupid.”

That doesn’t go over well with clients.

Good for the goose, not for the gander

In yet another situation a project team member had trouble with the double standard between client expectations and consultants. “Everyone else is late. What’s the big deal with me being late?” When the client didn’t approve her work: “He just doesn’t like this because it’s not in his style.”

Time for some unsolicited mentoring

As a manager, I’ve occasionally had to tell people that they’re wrong. They are already frustrated. How do I salt the wound and tell them they’re full of it?

To make matters worse, none of these people asked for my opinion. They were just blowing off steam. I had to figure out how to give them some advice and direction without pushing them off the ledge.

I didn’t always handle it well, but here are a few things I learned from the experiences.

Chances are the person you’re dealing with is already frustrated. Focusing only on what they did wrong may only strengthen their insecurities. Reinforcing what they do well with some corrective advice can put them in a more receptive mode for receiving constructive criticism.

Tell the story, let them decide

When someone is frustrated and only sees their own side of the story, it can be helpful to give them a better perspective. Letting them in on the other side’s perspective, or even your own third part perspective may make them realize that they have been irrational. If they realize the error of their ways, they can often come up with their own advice. When it’s their own idea, they will be more likely to follow the advice.

Offer it, don’t force it

After all of the subtleties, they may still not have a clue. It’s possible that they are dense, but it could be that they just disagree with you. They may even think you’re the one with the problem.

In this case, the tendency is to throw diplomacy out the window and just come out and say, “This is what you need to do!” Unfortunately, that isn’t likely to be successful. The goal is to get them to willingly follow your advice. Ordering them to follow your advice will get begrudging compliance at best.

There are always people who need mentoring but don’t know it. Unsolicited mentoring needs to be given diplomatically if you want the person to heed it. There may be people that you cannot get through to. But using the above approaches increases your odds of success.

What has been your success rate with unsolicited mentoring?

A while back while I was driving the family somewhere. We were trying to figure out how to get there. The power supply in our vehicle was not working which kept us from using the GPS. The kids immediately pulled their phones out while my wife mentioned that there was an “atlas in here somewhere.” […] Continue reading →