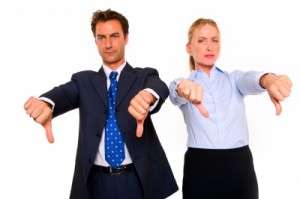 The poison of cynicism

I once worked with someone who was very cynical. It wasn’t obvious at first. She would often say, “I’m not being negative, I’m a realist.”

She wasn’t negative to the point where she shot down every idea anyone suggested. She was much more subtle than that. When a decision was made, she would talk informally with coworkers about it. She would say things like, “It’s just an unrealistic expectation for everyone in the company to follow that policy.” Sometimes, she would ridicule someone who supported a policy.

She came up with convincing arguments that made people think, yes, that is a stupid idea. She would destroy the credibility of leaders in the organization by pointing out their past failures. “Yeah, he said that last year and look what happened.”

Cynicism: Not the same as being negative

There are negative people who hate everything. Those people can be seen a mile away. Cynics can be negative without coming off as negative. They will pretend to believe in a policy, and then proceed to explain why it won’t work.

In their own minds, they see themselves as positive people. They claim that they want an initiative to work, but there are just too many obstacles in the way that will prevent it. And all of those obstacles? They’re just out of our control. We’re helpless. It’s that other group that’s getting in our way and we just don’t have any control over them.

When cynics use their convincing arguments, people believe them. Then, they spread the word. Almost everyone likes to be right. Few like to predict something and be proven wrong. So the more people who believe it, the more they work toward proving it right. If we believe something won’t work, we stop working toward making it succeed. It becomes a self-fulfilling prophesy.

When you get all excited and positive about the latest initiatives by upper management, you tend to get labeled. You’re just a pie-in-the-sky hopeless optimist. You’ll only get your hopes up and have them crushed again. Look at Steve. He’s all of a sudden the company cheerleader.

Even though many of us are far from our high school days where we spent an inordinate amount of our time trying to be – or at least to appear – cool, many of us still make it a priority. Perhaps some have developed more sophisticated ways of exuding that cool aura, but being a cynic shows others that you won’t get caught up in that idealistic, cheerful, rose-colored positive attitude. You’re a realist after all. You’re a hell of a lot smarter – and by extension cooler – than that.

Cynics are not problem solvers.

Cynicism is the practice of finding fault; of identifying all of the ways that something won’t work. Playing the devil’s advocate can have some benefit. The devil’s advocate approach allows you to identify all the adverse ways your new idea could fail. But the next step is to identify strategies to overcome those obstacles.

Thomas Edison famously failed over one thousand times in trying to invent the incandescent light bulb. He was chastised for failing so many times. He responded to his cynics, “I haven’t failed a thousand times. I’ve figured out one thousand ways that it will not work.”

Have you ever worked with a cynical person?

https://media.blubrry.com/regional_business/p/content.blubrry.com/regional_business/CPS-031-130111-LewSauder-Professionalism.mp3Podcast: Play in new window | Download (Duration: 25:29 — 35.2MB) | EmbedOne of my favorite binge-watch shows is Mad Men. It’s a well-written and produced television show. I’m also intrigued by the business standards of the day. In that day – the 1960s – men wore suits and were in charge. Women usually played […] Continue reading →