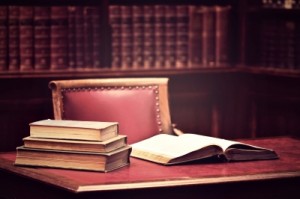 I was at a dinner party a couple of weeks ago. There were four couples, all baby boomers. The after-dinner conversation covered various topics, including movies and TV shows we like, current events, and sports.

Invariably, we would discuss an actor’s name that we couldn’t remember, the location of a certain country, or a particular team’s record last year. The conversation would go something like this:

“House of Cards is a really good show. I like the guy that plays Kevin Spacey’s assistant, Doug Stamper. I can’t remember that actor’s name.”

The person who said that, and the others in the conversation seemed quite content not knowing his name. Nobody could think of his name and that was just the way it was.

I pulled out my handy smartphone, and in a matter of seconds was on my IMDB app, telling group that the actor’s name is Michael Kelly.

This happened about three of four times through the night. Someone would wonder aloud about some information that was available at our fingertips, and then just let it go, like knowing the answer was just never meant to be. I even heard someone jokingly say, “I’ll think of it at 3:00 AM and call you.”

As a baby boomer, I used to be like that. I’d be watching something on TV with my kids and see an actor that I recognized, or maybe as my son and I were watching a ballgame, I’d wonder who that guy used to play for.

My generation-Y kids went immediately to their phone and provided me the answer within seconds. They are never satisfied with not knowing something that can easily be determined.

At times this irritates my wife. She likes letting it tumble around in her head trying to remember a name, or figuring out what show that actress used to be on. Many times she’ll blurt out the answer after about thirty minutes of deliberation. She has this great sense of accomplishment and then asks us to replay the last half hour of the show because all she was thinking of was the damned answer.

My kids’ approach has opened my eyes to the fact that curiosity doesn’t have to be this open-ended interest that just passes after a few minutes. We have the answer to most questions right at our fingertips. It’s natural for that generation because they have always had that capability.

Baby boomers, on the other hand, grew up not having the answers handy. If we wanted to know an actor’s name, we would have to either wait until the next time the show came on or go somewhere like the library to look it up. It’s difficult to do either of those things while at a dinner party. So we just developed a habit of not knowing.

What the future holds

My oldest daughter is a college student and took me though her university’s library recently. I stood there looking at all of the books on the shelves, some of which have probably been there since my college days. I thought about all of the outdated information sitting there. I wondered what the library of the future would look like.

When my grandchildren go to college, will there even be the need for libraries?  Will there be a need for universities? Or will it all be virtual someday?

We do so many things by habit, because we’ve just always done it that way. We read printed books and magazines when we can save paper, fuel, and money by reading the same information on a device. We send our kids off to college to learn because that’s how we did it.

Technology is changing the way we do everything. That change evolves more rapidly every day. And while the baby boomer generation seems to look at technology as “pretty cool”, the millennial generation sees it and thinks of new, innovative ways to apply it.

While this often scares some baby boomers (“I just like to have a physical book in my hand while I read.”), I think it’s very exciting. Twenty years from now, the world will look very different. Whether it is better or worse will probably depend on your generational point of view. I for one think this generation will make it more innovative and a better place to live.

Now, if you will excuse me, I have to go program my parents’ VCR to record 60 Minutes.