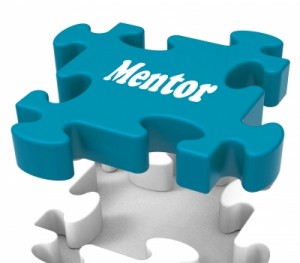 Does your company have a mentoring program?  Most companies have some form of program with varying levels of success.

At some places, formal policies for mentoring are established. “Bob, you’ll be mentored by Mary”. At other companies it’s just a strong recommendation but it’s not required. They may tell you to just find someone you respect and ask them to be a mentor.

In most cases, a more experienced person mentors someone younger with less experience.

That generally makes sense. If Mary has worked in her industry for ten years serving in many different roles within the organization, she probably has a lot of knowledge to pass down to the new guy. It makes sense for her to teach him the ins and outs of the organization and any political tips she can clue him in on.

What if we turned the tables on that model? What if the young guy mentored the seasoned professional? Most people would say something like: “What could an inexperienced college graduate teach someone who is more experienced?” You might even ask “Why would we want to enhance these already large egos?”

With any other generation that has ever entered the workforce that would make a lot of sense.. Generation Y is a different story. Generation Y – the Millennials – is the group of people who range in age from their late teens to early thirties. Because of the time period that they grew up, it is are a very unique generation.

The Distinction of Generation Y

Because of when they were born, they weren’t around for when the internet came into being back in the nineties. They don’t remember when the phones were a kitchen wall attachment. The internet and cellular phones have just always been there.

By contrast the Baby Boom generation saw the birth of the internet, its reinvention to web 2.0, and “car phones” which evolved to flip phones and eventually became smart phones.

I know a lot of Baby Boomers who still have flip phones. They don’t want all of those fancy apps, they just want to use it to call people. Although most of them are on the internet, many of them have no interest in Twitter or Facebook.

Because the millennials grew up with this technology, they aren’t intimidated by it. Most never the classical typing classes many baby boomers took in high school.  Yet, they can type faster with their two thumbs than an experienced typist can do with both hands.

Because of the internet and all of its accessibility, we can easily publish blogs and books like never before. The Millennial generation has learned to program and publish content and Smartphone apps. They don’t just know the internet. More importantly, they understand how to apply it. They have been networking with friends, marketing and branding themselves with technology most of their lives.

Related post: How Baby Boomers Are Joining the Digital World

Think about how productivity might increase for an organization if baby boomers learned from the younger generation on the latest trends in technology.

There will be challenges to a program like this.  For instance, will Baby Boomers be open-minded to letting the younger generation mentor them?  Many may feel that they have paid their dues and earned the right to be the mentor – not the mentee. They may not like having younger people teach them.

Baby Boomers may also not understand the benefits of learning about things like social media.  But the Millennials can teach them how social media can be used in the business arena by sharing content for marketing purposes.  The younger generation can show the old folks the productivity apps available on Smartphones. This could give the baby boomers ideas for new apps the company could write and distribute.

Sometimes it may just not work.  The two people just can’t develop that rapport. You may have to keep pairing people up until you find the right individuals for a successful mentoring relationship.

A mentoring relationship doesn’t have to be monogamous.  Mentoring is more process rather than a relationship. Mentoring can happen on the fly.  Any time you ask someone for advice and they provide useful instruction, mentoring just took place.  A fifty year old worker can turn to a twenty-four year old for advice on how to set up an Instagram account.  Even if that’s the only advice the Millennial provides, mentoring took place.

So rather than establishing a formal mentoring program with a formal set of relationships, try simply creating an environment of information sharing where people of any age turn to anyone with knowledge for advice. This could be the mentoring trend of the future.

As always, I welcome your comments and criticisms.

5 thoughts on “Reversing the Roles on Mentoring”