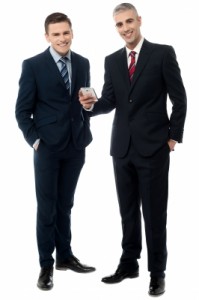 Imagine the situation where you have a young and inexperienced team that needs mentoring. You have assigned a manager to lead this team. Explaining that they lack a lot of needed experience, you give the manager instructions to mentor them.

You realize that you hired a manager where you needed a leader.

You’re now faced with a decision. You have many choices.

You’re doing this all wrong

You can sit down and tell him that he’s not doing his job. You can point out that repeatedly correcting people is not an appropriate approach to mentoring.

But that’s a bit contradictory. You would essentially be doing what you are telling him not to do.

Time for a change

You may decide that he’s not the right person for the job. You can hire another manager and replace him. But it wouldn’t be completely fair to that manager. You have given him very little direction other than to mentor the team. Just like the team members that need some direction, the manager may need – and deserves – the same.

You may have told the mentor that the team needs mentoring. But he may not fully understand what is involved. If you want a mentoring organization, you need to be prepared to mentor the mentors to become better mentors.

If this mentor believes that mentoring is about telling people that they are wrong, he just doesn’t get it. Have some one-on-one sessions with the team members to get their feedback. They may be reluctant to throw their manager under the bus. But it doesn’t have to be that way. Instead of asking them to criticize their manager, ask them what would help them grow. Questioning them in a more positive approach will encourage more positive responses.

Have regular one-on-one sessions with the manager. Ask him directed questions that make him think about outcomes. For instance, when he tells you about his mentoring approach, ask how receptive the team member was.

If he reports that they aren’t very receptive, ask if he has considered a different approach. That may prompt him to think of other things. You may need to make some suggestions.

The mentor may like the new ideas and try to implement them. If that’s the case, your mentoring is at least beginning to be successful. If, after multiple attempts, he refuses to change his approach, you may have no other choice but to replace him. But you have to give someone a chance to grow. If they refuse, it is their choice.

Have you ever had to mentor a mentor?

Image courtesy of stockimages at FreeDigitalPhotos.net