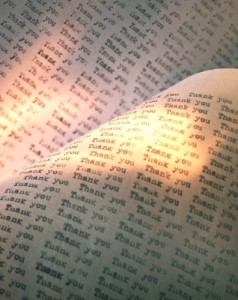 Is it professionalism or old school?

One of my favorite binge-watch shows is Mad Men. It’s a well-written and produced television show. I’m also intrigued by the business standards of the day.

In that day – the 1960s – men wore suits and were in charge. Women usually played a subservient role. It was considered standard etiquette for a professional to have a well-stocked bar in his office to offer drinks to clients and colleagues.

And it was considered proper manners to smoke and carry a lighter to light another person’s cigarette. It seemed like everyone smoked. I sometimes look at those times (which were before my time) and think about how crazy that was.

If you were to bring the fictional Don Draper back and provide advice to a new college grad, it would be an interesting sight. While the entry-level worker would marvel at him smoking indoors, he or she also wouldn’t know how to respond to an offer for a whiskey or bourbon.

Draper would be just as flummoxed with the new employee’s attire. “What do you think this is Saturday?” Never mind if the newby was a woman expecting to serve in a “man’s role.”

The times they are a changin’

Times and customs change. We may not have racial and gender equality yet, but we have come a long way. Thanks to technology and rethinking of traditions, we do so many things differently from how we did things as recently as twenty years ago.

If someone from the sixties or seventies came back and gave advice, he would sound like the proverbial grumpy old man. He would wonder where the secretary was to take notes in the meeting. He would expect people to dress in suits and ties.

We can pontificate about these hypotheticals of people coming out of the past and comparing their standards to ours today. But it happens every day when a baby boomer finds himself working with a Generation Y worker with his own way of doing things.

I often question myself before giving advice to younger employees to determine whether I’m giving good advice on professional behavior or am I being an old fuddy-duddy that is out of touch with the times.

Some of the times when I have had those internal debates…

Text abbreviations in emails. When text messaging first started, phones usually didn’t have full keyboards like today’s smartphones. There were only the ten digit keys and you had to press them multiple times to toggle to the correct letter. Combine that with the limit of 140 characters (the impetus of the Tweeting limit), and people came up with ways to abbreviate. It became universal to use terms like “gr8” and “R U coming 2 the meeting?”

Unfortunately, people evolved to using this type of shorthand in emails. It’s probably acceptable to use it in an email to your best friend or your brother. But in the business world, I’ve always advised people that it is unprofessional. You may be communicating with a work friend, but what if that email is forwarded on and eventually gets to the president of the company or an outside client?

Even if you work at a company where everyone on up to the president uses that type of shorthand, if you move on to another company, it may be a hard habit to break.

It never hurts to error on the side of caution. No one is ever going to read your email and complain, “Her emails are just too professional.”

Related post: How Changing Your Assumptions Will Make You a Better Mentor

Saying thanks. When I graduated from college, the internet had a few years to go and email was not yet a standard form of business communication. When I was granted an interview with a company, I was advised to write a thank you note to each person that interviewed me. When I got home from each interview, I typed it, printed it and mailed it in the U.S. Mail.

There are still people who suggest this mode of thank you, some who insist that it be handwritten. I have updated my advice. I think an email thank you is perfectly fine and is timelier than snail-mail. Still, some people think I’m old fashioned for insisting on thank you notes, but I think it shows some etiquette and professionalism.

Dress code. How to dress in the modern workplace may be the most difficult debate between updated views vs. old fashioned views. When I first started my career, one had the choice of wearing a suit and tie, or going home and changing into a suit and tie.

Things gradually evolved to Friday business casual, to everyday casual, to Friday jeans casual, to it-has-to be-legal casual. Some of the “stodgier” businesses held onto the suit-and-tie standard longer than others. But it was hard to know what to wear when.

I’ve always advised to dress a little above the standard. Even in an anything goes environment, it can’t hurt your reputation to wear a collar and un-faded blue jeans. Those who push the envelope are bound to get called out.

Showing up late. As our attire gets more casual, so too do our attitudes. The younger one is, the more laid back one tends to be. When a meeting is called for 9:00 AM, strolling in at 9:05 or so seems fine. The meeting hasn’t gotten rolling yet anyway. And nobody else is on time either, right?

It becomes a self-fulfilling prophesy. Everyone shows up late because everyone else shows up late. The meeting doesn’t get rolling until late for the same reason.

Promptness is a sign of respect. That never goes out of style. Be on time even when others aren’t.

Using electronics in meetings (or even during conversations). I’d love to blame this on the younger generation, but they don’t have a monopoly on this behavior. Meetings are meant to either inform or to get input from a group of people to come to a decision. Even if you feel your invitation to the meeting was a mistake, you have an obligation to be engaged. You may get the opportunity to either glean or provide some information.

The same is true when holding a conversation with someone – whether in person or on the phone. A good friend of mine once said that “Attention is the currency of relationships.” Using electronics during a meeting or a conversation not only tells the others that you’re not interested in what they have to say, it hurts your ability to develop the relationship and solve the problem.

As we get older, we tend to cling on to practices of our past. Sometimes, technological or cultural changes have a positive effect on changing our behaviors. At other times, the customs are a matter of good behavior and etiquette.