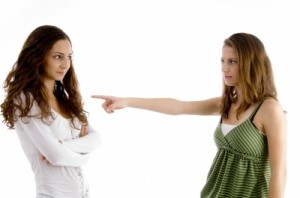 How to let someone fail in order to succeed.

When our kids were younger, my wife and I would occasionally get together with couples that didn’t have children. If our kids got into an argument, I would often stay out of it, getting involved only if things escalated out of control.

At times, the other couple would ask why we didn’t get involved to resolve the issue sooner. I would tell them that if I resolved all of the kids’ issues, they would never learn how to solve issues on their own.

Believe me, letting them figure it out is much harder. It would be so easy to say, “Here is the answer, now go deal with it.” That’s a sure bet to raise followers instead of leaders. They have to have experience making decisions, failing, and making corrections. It teaches them how to problem solve and develops confidence in their ability to learn from failure.

I see that at work also. Managers hire people that don’t know the job well. Since they are new, they probably won’t do the job well. Or maybe they won’t do it exactly like the manager would do it.

So the manager just does it himself. It’s easier. It’s faster. It’s more efficient.

But six months later, that same manager is frustrated. The employee just isn’t catching on. “What is the matter with her?” he asks. “Did I make a hiring mistake?”

It may not be as much of a hiring mistake as a leadership mistake.

One of the hardest things I’ve found about raising kids is standing by, allowing them to make their own mistakes. The most rewarding thing about being a parent is seeing them learn from those mistakes and growing from them.

As a leader and a mentor, it is your job to teach people better ways to do things. That may involve instruction. But it might also mean standing aside to let someone fail. It’s often a harder lesson. But it’s a lesson that won’t soon be forgotten.

When have you decided to let someone else fail?

Image courtesy of imagerymajestic at FreeDigitalPhotos.net