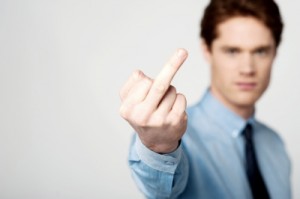 My wife and I have been friends with another couple for many years. Our children are of similar ages and the kids are friends with each other. She was a stay-at-home mom for years while her kids were growing up.

She taught me that being a stay-at-home mom was a full-time job. In addition to the many activities she taxied the kids around to, she had many responsibilities in and around the house.

One of the responsibilities she had was arranging and taking the kids to “play dates.” Her kids developed friendships through their many activities and with other kids in the neighborhood. The kids would want to get together to play for a few hours. The moms would tag along to keep an eye on the kids. In many cases, the moms also became friends.

She was talking once about one of the moms she dealt with. This other mom was not a friend. She was very negative and condescending. She talked to us about how this woman would make her feel like a bad parent, wife, or friend with her critical comments.

I once asked her, “Why do you put up with this woman? Why don’t you just stay away from her?”

Her answer was very poignant. She said “This is my job. When you go to work, you have to deal with jerks. You can’t just quit dealing with them. You have to figure out a way to deal with them, even if you don’t like them. Part of my job as a mom is to let my kids play with their friends. If I don’t like their mom, I can try to limit my exposure, but I can’t punish my child for it.”

I was impressed. I knew she was a pretty amazing person before she said that. But that made me realize it even more. She took her job seriously and didn’t shirk her responsibilities.

I think about that whenever I deal with a jerk at work. I have to deal with them often. Whether it is a client, coworker, employee or the boss. People get on your nerves. They do things to make you angry. Some throw you under the bus.

I’ve seen people quit their job because they just couldn’t deal with an individual. That’s almost always the wrong answer. In all of the clients and companies I’ve worked for, there is always a handful of office jerks who make everyone’s life difficult. Politics exist at almost every place of employment. At some point, employees have to learn how to deal with it.

For more information check out How to be mentored

There are some jerks who take it to another level. If their jerkiness goes over the top to abusiveness, a strong human resources department should be there to help. If that doesn’t work, it may be time to move on. But in most companies, jerks are just jerks. You have to learn how to deal with them.

It is important to remember that the office jerk’s behavior is a defense mechanism. No matter how much the jerk hurts your feelings and makes you feel inferior, it is because the jerk has the same feelings. The office jerk puts you down to make him or her feel more superior.

Arrogance and confidence are actually quite opposite attitudes. Confidence is based in a certainty that one can deal with a challenge. Arrogance is based in a lot of uncertainty and a lack of self-confidence. As a result, the arrogant jerk deflects attention from him or herself, to another target. They will often find the easiest target.

The goal is to become a more difficult target. And the way to do that is to treat their arrogance with confidence.

How do you deal with office jerks?

Image courtesy of Stockimages at FreeDigitalPhotos.net

One thought on “Dealing with the Office Jerk”