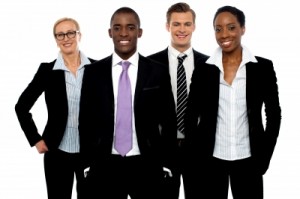 When I started my career 25 years ago, the more experienced people in my small firm mentored and coached me. It was a logical situation. They knew more about the business world than I did. There was very little I could teach them.

It’s different now. There is still a lot that older experienced people can teach the young millennial generation as they begin their careers. But the millennials are entering the business world with experience and knowledge of their own.  There are several ways millennials can mentor baby boomers.

When I was a kid, my dad would ask me to program his VCR for a certain show. You could call that an early version of reverse generational mentoring. But it really wasn’t. I never actually taught him to program the VCR. I just did it for him.

This generation of millennials has grown up with technology. Many don’t remember not having the internet or even smart phones. I’ve watched members of this generation pick up a new device or download an app and know almost intuitively how to use it without any instruction.

I consider myself to be technology-friendly. Yet, when I pick up the same devices or apps, I sometimes search the screen hoping something will jump out to tell me where to start.

There are also times when I struggle to determine the usefulness of an app. The millennial, on the other hand, understands intuitively what the app is for. Sometimes she comes up with a few other unintended uses.

With this innate ability to understand technology, millennials can work with the elder generation with new technology to identify and dream up new applications for the business world.

Related post: How Baby Boomers Are Joining the Digital World

For the baby boom generation, starting one’s own business often involved an outlay of money for capital expenditures for brick and mortar locations. There were plenty of work-from-home operations that started at the kitchen table. But it was most common to start with a large investment.

The millennial generation figured out ways to write some code, create a website and make money online, often within days or even hours. This generation is much more likely to think like an entrepreneur and less likely to be intimidated by the idea.

Baby boomers in the business world, whether entrepreneurs themselves, or managers in a large business, want employees who think entrepreneurially. Boomers can work with the millennials to learn how they approach problems to help them begin to think more entrepreneurially.

For an indication of how in, or out, of touch you are, watch the Grammy Awards show. If you know more than 50% of the nominated acts, you may be in touch. Anything less than 50% though, may be an indication that you’re not up on the trends.

The difference with millennials is that those trends apply to current market  developments and what people of all generations are buying. Working closely with them and mining their knowledge of what is popular vs. obsolete may help to determine areas in which to invest.

Baby boomers can learn tolerance from millennials in two ways.  First, they can learn tolerance through example. The millennial generation is one of the most diverse. Although they are no strangers to bigotry, and certainly not immune from it, they’ve grown up among many nationalities and have been exposed to more women leaders than any other generation.

The example they set by working with any type of human, rather than one just like them must be a positive influence for any more mature folks that didn’t have the benefit of the same exposure.

Secondly, baby boomers can learn tolerance simply by working with millennials. As long as it is approached with an open mind. Millennials have been, and continue to enter the work world determined to rethink traditional practices.

The typical millennial doesn’t seem to be as interested in working his ass off climbing the corporate ladder. He’s much more interested in having work-life balance. She doesn’t strive for an office, but is quite content working in a team room with a dozen or so others.

Working with the millennial, a baby boomer may develop the tolerance that people have different approaches to their careers. It may open the boomer’s mind enough to change it.

It has been my experience that the longer someone works in the business world, the more cynical one becomes. You may feel that you can only beat your head against the wall for so long before you learn to just stay in line. Instead of thinking outside of the box, your box gets smaller and smaller.

Then, a younger, less cynical person comes along and starts making suggestions. Your immediate reaction is something like, “We tried that. It won’t work.” You might even joke that they haven’t been here long enough to develop a healthy cynicism. You might even call them naïve.

But if you listen to them and give their idea a chance, they may come up with a different way to implement an idea that didn’t work the first time around. Perhaps the idea was good, but it was executed poorly. Maybe the timing was wrong before. Perhaps the idea is actually a lot more different than you think.

One of the key traits of the millennial generation is their ability – and their need – to collaborate. The typical millennial isn’t one to work heads down in a vacuum. Millennials work together in small groups.

Collaboration may be the ultimate form of mentoring. Rather than having a baby boomer formally mentor the millennial, or vice versa. Having individuals from all generations working together, collaborating will enable everyone to mentor everyone, which is the most effective way to mentor anyway.

How have you seen effective mentoring between millennials and baby boomers?

If you would like to learn more about mentoring between millennials and Baby Boomers, get Lew and Jeff’s book The Reluctant Mentor on Amazon.