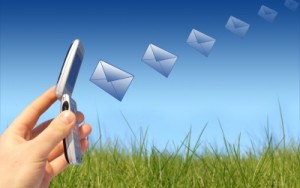 Things You Should Stop Doing in Emails

Despite all of the modes of communication available to us today, email remains the business communication of choice. It’s a convenient way to send a message to another country, a client, or the guy in the cubicle next to you.

We get so many emails and have so many more responsibilities that we get lazy. In an effort to just get through all of our emails, we forget that the other person may not know what we are talking about. We shoot out an email to dump the ball in someone else’s court, forgetting that they don’t have the same background and context.

Many of us have developed bad email habits. Everyone would be more productive in email if we just quit doing some of these nasty practices.

Does everybody need to see your reply? Does everybody want to see it? If a co-worker sends out an email updating a group of people that she completed a task, do you have to say thank you to everybody? Sure, it’s nice for them to know that you’re grateful. But when everybody on the distribution replies in kind, everyone has to go through all of the unnecessary thank you emails.

Other options to consider:

Reply: If nobody else needs to see your response, you could just reply to the recipient. This applies to the thank you email. But it also could apply in other situations. If your boss sends an email to all of his employees and you disagree with something, that might be best handled privately rather than sharing your disagreement with the entire group.

Reply with copies to only the pertinent people: Consider the group of recipients on the email. If only a subset of them need to be copied, leave the rest off. It is not a matter of withholding information. It’s a matter of reducing the number of unnecessary emails people get.

Don’t reply at all: If all you’re going to say is thank you, consider doing it in person if you plan to see the sender in person soon. If all you’re trying to do is get the last word in, you could just save someone a few seconds out of their busy day.

Providing a poor subject line – or none at all

The subject line is a high-level introduction that says, “This is what my email is about.” Good examples include, “Meeting notes from our 9/25 status meeting,” or “Concerns about the current architecture.”

When you just say something like, “Meeting,” or “Update,” the recipient has no idea why you are emailing them. They have to open up the email and begin reading to figure it out. Multiplied over many emails, this becomes a significant drain on one’s time.

I had a boss once who had a habit of forwarding me resumes without a meaningful subject line or any comment within the message. We would have several open positions at any given time. I would have to open the attached resume and read through it to try to decipher which position it was for. Once I figured that out, I’d have to figure out what the hell he wanted me to do about it. Did he interview that person already? Should I call them? Should I make them an offer? Invariably, I ended up going to his office and asking him for the full context. He never did figure out how much of our collective time it ended up wasting every time.

If you forward something to someone and you want them to take action, say so. If you’re just forwarding it to them to keep them in the loop, a simple FYI (for your information) will suffice.

Bottomline: Tell your recipient why you are sending them the email.

Generally, an email is a message, not a report. If you need to convey a lot of information to someone, it might be better to have a meeting or a phone conversation. After that, you can send an email that summarizes the conversation without so much detailed context.

If you need to send an email and there is a lot of information, consider breaking it down into a bulleted list. Highlight the salient point of each bullet with a short description.

Like any kind of communication, emails should be concise. State your point in as few words as possible as long as you get the point across.

If you and your coworker hate your boss, it is best to discuss it in private, when no one can hear you. Sending emails explaining the latest stupid thing she said, describing what a jerk he is can backfire. Most companies have software that tracks every email. Some have sniffers that look for foul language or anything else appropriate. Those types of messages can wind up in a report on the desk of the very boss you are discussing.

If you are having a love affair outside the office, it is best to keep it that way. Love notes over the company email system are neither romantic nor appropriate.

It is not uncommon for people to receive more than 200 emails a day. In an 8-hour day, that’s an email every 2.4 minutes. Imagine the additional productivity one could realize if they could filter out all of the unnecessary emails. Try to picture how much more efficient one could be if they didn’t have to spend time with each email trying to figure out what it was for and what they were supposed to do.

How much time to others cost you with their emails?

Image courtesy of fantasista at FreeDigitalPhotos.net