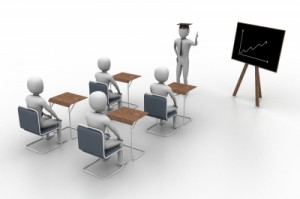 If you’ve ever gotten advice like “You don’t want that,” or “That’s not important to you,” you probably know what I’m talking about. I’ve had mentors, coaches, teachers, and managers who wanted me to be just like them. They weren’t giving me advice for me to be successful. They were giving advice for them to be successful.

Whether you call yourself a mentor or a coach, there are things a mentor can’t teach when giving a mentee advice.

The mentee chooses her attitude. You may encourage her to be more positive or to be a harder worker. You can also lead by example. But you cannot inflict an attitude on another.

If an attitude is deeply ingrained in someone, even leading by example can be hard. I’ve tried to emulate a positive attitude for negative people before. It can often lead to a deeper attitude of negativity. For every positive possibility you bring up, that person would dig deeper to find a negative reason that it would not work.

Attitudes can be contagious though. If you want to instill a positive attitude, your best bet is to emulate that behavior. It won’t always work. But it will work better than telling the mentee what her attitude should be.

When you were young, perhaps you were on the partner track at your professional services firm. Or, maybe you wanted to be the CEO of a company someday. Whatever you aspired to, they were your goals.

When you meet with your mentee, he may have his own goals. You may not agree with them. You may think he has set his goals too low. There is nothing wrong with encouraging higher stretch goals, just in case the lower bar is met sooner than expected.

You might think your mentee’s goals are set too high. A mentor should take great care in trying to reduce a mentee’s dreams. Instead, help to set his expectations on what it might take to achieve those goals.

Over the course of time, if those goals prove to be unreachable, show the mentee what he did achieve. “So you over-achieved. Look at all that you accomplished. Let’s see what you can do over the next period.”

Much like goals, a mentor should not inflict his priorities on the mentee. Work-life balance may have been a high priority for you. Your mentee may be more concerned about her career.

When you discuss your mentee’s goals, one of the key questions to ask is, “Why is that important to you?” This is an important question for two reasons. First, it helps the mentee align her goals with her priorities. If she realizes that she wants to be a CEO because her father will be proud, maybe she’ll realize that she’s not doing it for herself.

My son once played on a baseball team where the coach would gather the players in center field after the game. The conversation would invariably go something like this:

Coach: “What did you all learn in today’s game?”

1st player: “That we need to be more aggressive at the plate?”

2nd player: “That we need to watch the coach when we’re running the bases?”

3rd player: “We need to make better plays on the field?”

It would go on much longer. The players would legitimately make suggestions based on what they learned in the game. They would eventually throw out guesses for the coach’s version of the game “What am I thinking?”

Finally, one of the other coaches would ask the team if they gave up. The coach would explain to the players what he thought they should have learned from the game and let them go.

What he didn’t pay attention to was that they were letting him know what they had learned. He could have made a suggestion to help them learn more, but he didn’t realize that each player learned different things from different experiences.

The same applies when you mentor someone. If your mentee makes a mistake, allow him to draw conclusions on what he learned. You can always supplement it with additional lessons, but everyone’s learning varies based on all of their previous experiences.

You could review an individual’s career and try to point out what you think their biggest accomplishments are. You could even try to determine the most disappointing moments of their career.

But if you ask them to answer those questions for themselves, their lists may differ greatly. You may even list something on their list of accomplishments that they list as a disappointment, or vice versa.

If you disagree, that’s an opportunity to help them see things from a different perspective. But accomplishments and disappointments are in the eyes of the beholder.

What have you found can’t be taught to a mentee?