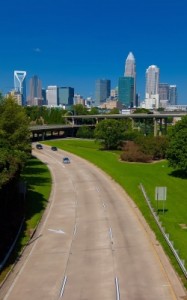 Not long after I turned 16, my mother had surgery in a specialty hospital about three hours away from our home. My grandparents drove up to see her, but decided they weren’t up for the drive back. I offered to drive them.

It was the first time I had the chance as an adult to talk to them. My grandparents raised five children during The Great Depression. During the majority of that car ride, they told me all about what it was like to survive raising a family through such a difficult time.

That car ride is three hours of my life that I will never forget and will cherish for the rest of my life. They didn’t really give me any advice. But the stories they told me came back to me many times. When I faced layoffs during economic recessions, I thought of my grandfather moving from job to job. I have three children. As I struggle to save for their college educations, my own retirement, and give them a comfortable home in which to live, I think of my grandparents struggling just to provide food and shelter for their large family.

I’m not a grandparent yet, but as I enter my fifties, I find that I am somewhat of an elder statesman on various projects in my work environment. I find myself giving advice to members of the millennial generation. And I’ve found that I learned more from my grandparents than I realized.

Tell them stories of your failures

Misery loves company. Everybody has failed at some point. When that happens, you feel like a failure. You’re embarrassed. After you get past it, you come out stronger. But that’s hard to realize at the time.

My grandparents told me of their almost daily feeling of being failures. As I progressed through my adult life and faced failure, my grandparents’ stories came back to remind me that failure is only temporary. We all face setbacks. The smartest and strongest among us don’t let it define us. We learn from it, preserver, and come out even stronger.

Tell them how your setback made you a better person 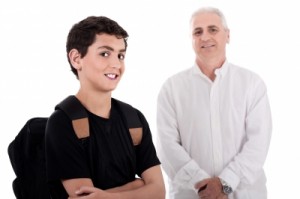 My grandfather told me of times when he lost job after job and they didn’t know how they would feed the family. I probably replied with a more reverent 80s version of “That sucks, dude.”

But each time they told one of their horror stories, they followed up with something like, “But we persevered, because that was all we could do. A neighbor would come by with some bread they baked and Ralph would get some vegetables from the garden.”

I learned from that, and my own travails, that everything works out somehow. It’s often not how I would have planned it, but it works out.

During that car ride, my grandmother said, “I hope you never have to go through a period like that. But if you do, just know that you can get through it.”

I had read about The Great Depression in school. But I thought it was some ancient historical event. I didn’t realize until that 3-hour tour with my grandparents that it was fairly recent and that it affected real people that I knew. A few years later, when I went through my first economic recession, I knew I’d get through it.

When I give advice to younger co-workers, they may not see the relevance to them. They may even think, that’s not going to happen to me. They need to understand that failure is imminent. They will face failure. They should know to expect them and how to deal with those moments.

What have you learned from the older generation that you would like to pass on?