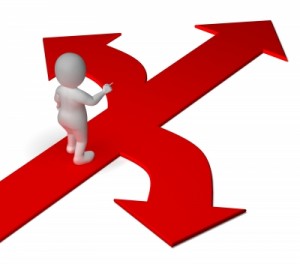 I had a conversation recently with a colleague who shared an experience about his career. He took a high-level job in which he thought he would have the opportunity to lead and affect change.

His new boss, however, was unable – or unwilling – to grant him the authority to do that. His boss, something of a micromanager and control freak, involved himself in every decision.

My friend found himself being required to defer to his boss for every decision. If he wanted to hire someone, his boss required input on the decision, dictated the salary and often made the offer himself.

My friend soon found that he wasn’t the high-level executive he was hired to be. He was simply his boss’s puppet, hired to carry out orders and manage day-to-day situations.

It didn’t take long for my friend to move on to other opportunities.

What do you delegate?

It made me think about how important it is for managers at every level to mentor and coach their direct reports on decision making.  We all know the importance of delegation. Delegating tasks frees a manager up to do their own job.

It’s a critical leadership skill to know what gets delegated and what should be done by the manager. But delegation must be done.

A strong manager needs to be able to delegate decision making as well. If a manager does not trust his people to make decisions, and doesn’t allow them to hone their decision making skill, the entire company will suffer.

The direct reports will never develop their decision making skills. The executive will continue to be bogged down by being constantly involved in details and making every decision.

The long-term effects are even more serious. When competent direct reports are hired, they will expect to be given the authority to make decisions. When denied the opportunity, like my friend, they will move on.

When incompetent people are hired, and eventually denied the authority to make decisions, they will stay. The organization ends up with people who can’t – and won’t – make decisions. It creates a decision making vacuum at the top.

When they do make decisions…

Even in such an organization, the direct reports may eventually attempt to make decisions. How the executive deals with it is critical. An executive that requires involvement in every decision may respond in one of two approaches.

The executive may figure out a way to point out why the decision was a bad one. This accomplishes two things. It allows him to show the direct report that their decision making skills are not as good as his. It also causes the direct report to second-guess any future decision.

The alternate approach is for the executive to explicitly reprimand his employee and insist that he be involved in any decision. This, again results in the employee second-guessing any future decision.

The alternative is to teach your team to make decisions. A strong executive delegates decision making. The general strategy and philosophy of the company should be shared with the team to provide a basis for the decision making.

When employees make bad decisions, they should be coached, but encouraged. Bad decisions are a learning opportunity for better future decisions.

When an employee makes a decision that is different from one the executive would make, give it time. It might just be a better decision.

Many people see decision making as a top-down practice. Mangers make decisions, underlings follow them through. In reality, decisions should be made at every level. An effective manager pushes decisions down to direct reports. Mentoring for decision making is a critical piece of making sure that future managers and executives are developed.

How effective are you at mentoring for decision making?

“What the hell is he doing all day?” That’s what we want to ask when we start seeing limited output from a team. It can be even worse when the worker is remote. Whether it is a team member, a small cluster of the team, or most of them, many times we think about what […] Continue reading →

Despite all of the modes of communication available to us today, email remains the business communication of choice. It’s a convenient way to send a message to another country, a client, or the guy in the cubicle next to you. We get so many emails and have so many more responsibilities that we get lazy. […] Continue reading →

I had a boss once that became a mentor to me. He was older and more experienced than me. Since we worked in the same industry, we had some of the same interests and goals. I trusted him and he always gave me excellent advice. Years later, I had a boss who took me under […] Continue reading →

I once knew a woman who was in a bad relationship. I never met her significant other, but she made random comments about how poorly he treated her. The interesting – and significant – thing was that she didn’t make these comments to complain about his behavior. They were stated in a matter-of-fact manner that […] Continue reading →